It was a day of classic mountain weather when four Ramblers ventured to the top of Boulder Mountain on Saturday, July 16.

Rain, which was particularly heavy on the drive out to the trailhead, gave way to an overcast sky and plenty of mist once we got up to the meadow. And once at the top, we were even hit by a stiff and extended bout of hail. Fortunately, it eventually gave way to a bit of sun and blue sky - and some amazing views of the other mountains around us. Spirits certainly soared.

Suffice to say, the trail through the cedar forest below the logging road remains as magical as ever. The trail itself was muddy in spots due to runoff from the late-melting snowpack but it's a rare feat to escape Boulder with dry boots even at the best of times.

We also have to give a big thank you to Dave and Greg. The initial section of the trail was so grown in that we were just this side of crawling through the bush. But while we were up taking in the sights and congratulating ourselves on making it to the top, they were down below with their chainsaws clearing the trail. Thanks to their enormous effort (five hours!) we were greeted with clear and unimpeded walking on our way back to the vehicles.

Thank you Mark V for leading a spectacular hike. 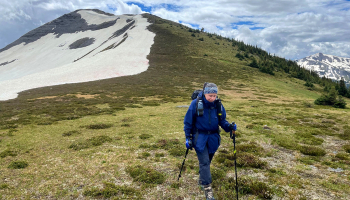 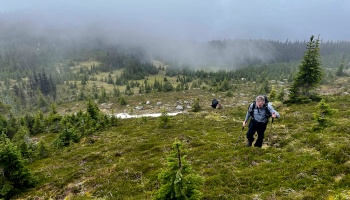 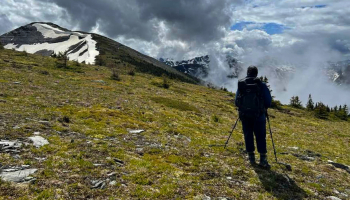 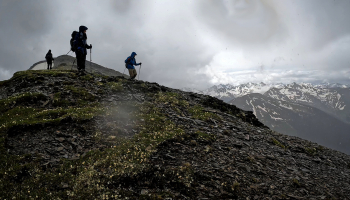 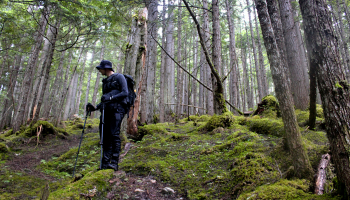 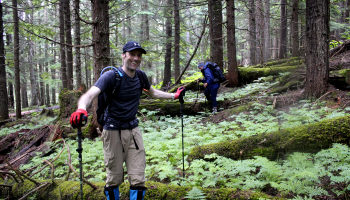