The club’s trip to Fort George Canyon drew 26 hikers, certainly the largest number seen in a long time, and they enjoyed near perfect conditions.The trail was muddy only in spots (no large puddles as there have been in past years) there was no blow down to contend with and the boardwalks were generally in good shape, with only a half-dozen or so boards fallen through since the club carried out a work hike along the trail some years ago.

The forest is starting to green up and was actually quite lush in spots. The more sharp-eyed among us spotted some small flowers that had just begun to bloom and some fiddleheads that had begun to sprout. The birds were chirping with enthusiasm.

The forecast had called for showers by midday, but there was barely enough rain to mention and the clouds did little beyond adding some drama to the sky above us. Instead, the temperature was very suitable for a day of hiking – not too hot and not too cold with a mild dose of humidity. Not only that but there were no mosquitoes so it may be worthwhile for those who didn’t join us to squeeze this one in sometime in the next few weeks before the hatching begins.

By about 11:30 a.m., we were down at the river, with some of us perched on the rock outcropping while enjoying our lunches. As expected for this time of year, the river was running fast, which made for an impressive sight. Of course, this being a canyon hike, the hard part was the trip back up along the extended uphill. There was some huffing and puffing but we were back at the cars by about 1:45 p.m., making it a short but worthwhile day.

Thank you Stacey for taking this one on as a trip leader and for picking a good time of year to put it on the schedule. 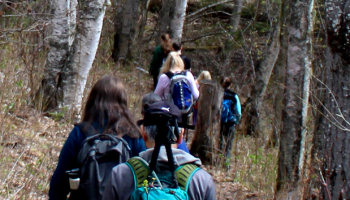 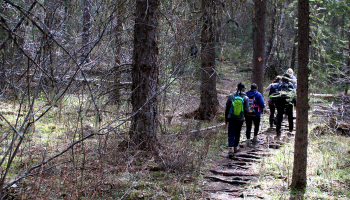 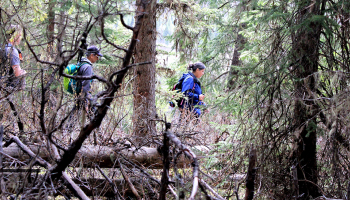 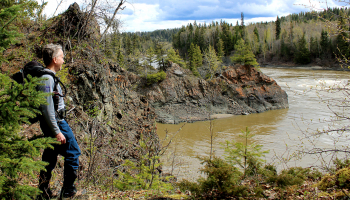 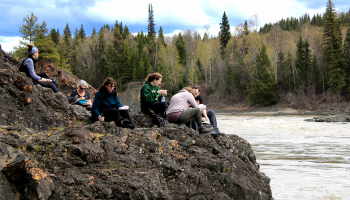 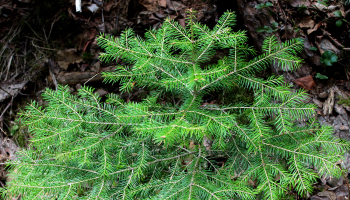 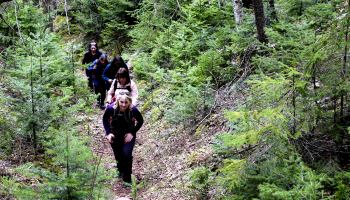 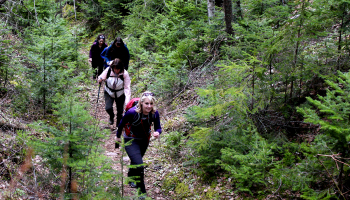 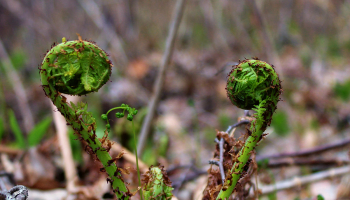 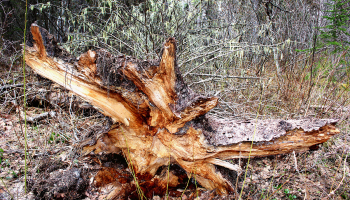 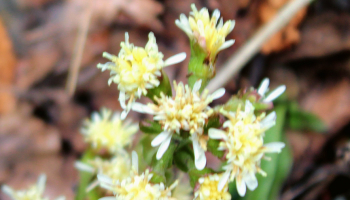 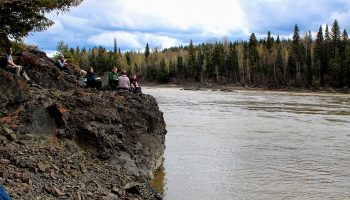