It was a lovely trip down to the canyon and back this past Sunday. There was about eight inches of powder snow in the parking lot.  No snowshoes were needed although two or three of the 13 of us carried them down and back.

All in all easy walking with temperatures just below freezing. A single person had walked down about half ways recently.  There were a few trees down on the trail and twice had to go off trail to go around them.  Closer to the river the snow was more crunchy.

It took less than two hours to reach the canyon.  The river was ice covered with areas of crunched up ice. Very pretty and most took lots of pictures.  We stayed almost an hour and had lunch although was barely 11 a.m.  It took the group only about 1.5 hours to get back to the cars.

Lots of animal tracks on the trail...deer, moose, rabbit, grouse, squirrel, fox and even wolf near the river. 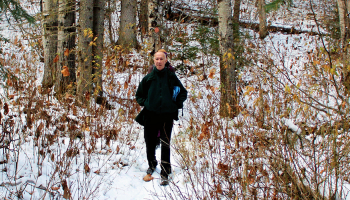 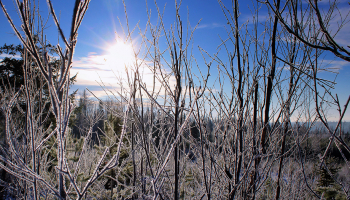 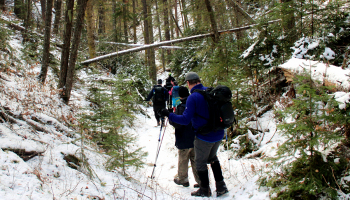 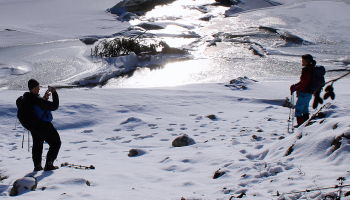 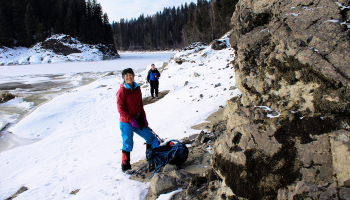 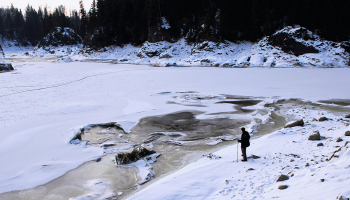 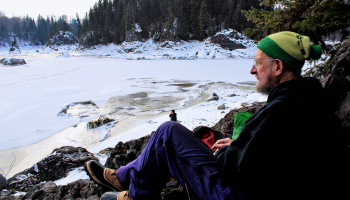 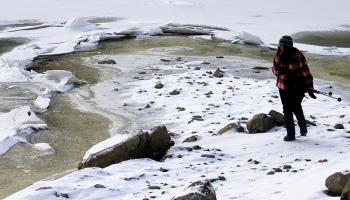 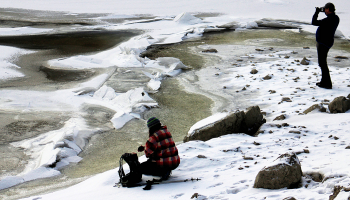 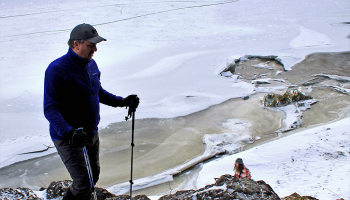