A hike along the Giscome Portage Trail drew a 13 members of the Caledonia Ramblers on Sunday, June 5. Including a half-kilometre walk along the road from the post office to the trailhead, the group hiked about nine kilometres over about 4 1/2 hours. The sky was overcast but no rain fell during the time the group was on the trail.

Although muddy in spots, the trail was generally in good condition and took us through a variety of areas from thick forest to marshland. Remarkably, the bridge at Tay Creek survived the high water and was intact. The trail also appears to be a bit of a thoroughfare for the local wildlife as we came across tracks and other types of evidence for a handful of different types of animals, including grizzlies, moose, elk, deer and grouse. As well, the birds were in fine shape, as their chirping and warbling was heard throughout the day. Be warned: mosquitoes are now out in numbers so it is now a good idea to bring along repellent and netting.

At the end, we also got a view of the plaque marking the divide between the Arctic and Pacific watersheds. With the help of Hilary's van, we were able to transport everyone back to the trailhead for further dispersal into their respective vehicles for the drive back into Prince George.

Thanks Dave for leading a good trip. 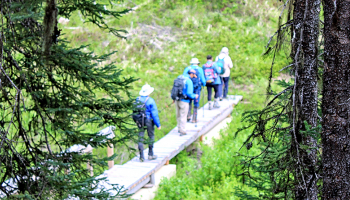 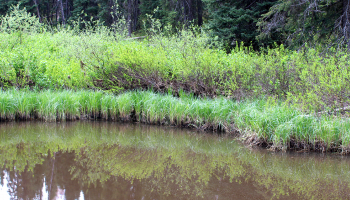 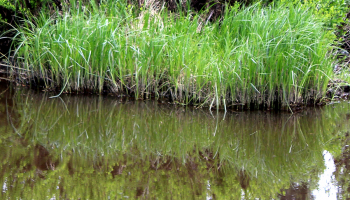 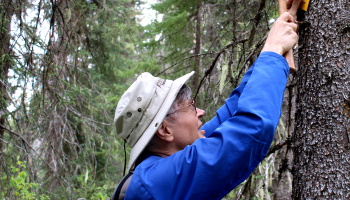 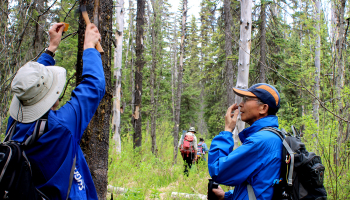 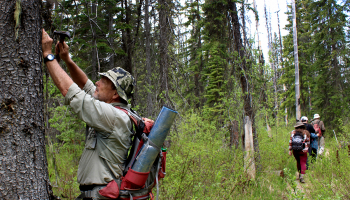 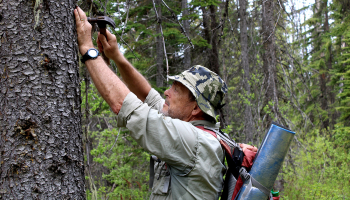 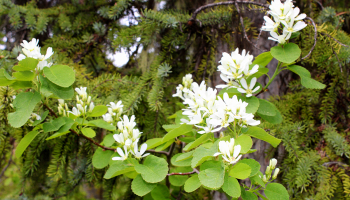