Humbug Ridge is a great destination for amazing views of the Rockies to the north and the Cariboos to the south. You can spot all of your favourite local peaks, and it also has an abundance of wildlife. We have seen caribou, grizzlies, Clark's nutcracker, the odd marmot and ground squirrel, and there is a family of garter snakes at 1700 metres. The drive out is generally fine. The Walker Creek FSR is in good shape, but the P.O.B. road, and the last 8kms to the trail is a bit tricky. The road is starting to slufff away and grow in, and it is tough to get in when it is wet, which it was on this trip. We had to cut back some willow and alder, and one of our party got stuck in the first mudhole. We pulled them out with the Subaru and then continued on our way. The ruts and holes are deep, but we managed to make it all the way to the trailhead! But can we get out?

Much to our surprise and delight, ATVs have been driving up the old spur road almost to the forest. And even more surprising and delightful was the fact that, within the last year, someone has cut out the route all the way to the alpine! A huuuuggggge thank you to whoever did that!

The trail isn't that long at about 5kms, but it is pretty steep, climbing about 1200m. It's a bit tough but well worth it!

We were on the ridge by late afternoon. We set up camp on the ridge with water and snow just a short walk to the north. We had dinner and then set out for a 2km walk along the ridge into the setting sun.

We returned to camp after sunset, started a fire, chatted and waited for comet NEOWISE to make an appearance. We saw many constellations, satellites, shooting stars, and a brilliant Milky Way but, alas, no comet.

Despite a forecast for amazingly blue skies, we awoke to cloud the next morning. The temperature had risen from about 5 degrees at midnight to about 12 degrees at 8am, but the clear skies were still far off to the west. Nevertheless, we could almost see the summit of Mount Sir Alexander.

After breakfast, we took down our camp and stashed our gear under a tree. We then climbed the peaks and ridge to the east.

In a little over two hours, we arrived back at the cars alongside well-fed insects and with a little less flesh on our bones. Our cars fired up, and we were off to the mud bogs! We experienced a few harrowing moments with the car sideways in the ruts, but after 24 hours without rain, the road had already started to dry up. We made it out just fine with our cars intact. We brought home fond memories and a good story. Thanks to my hiking partners for a great trip! 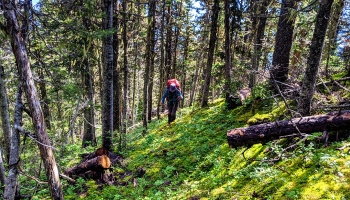 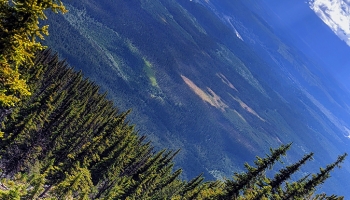 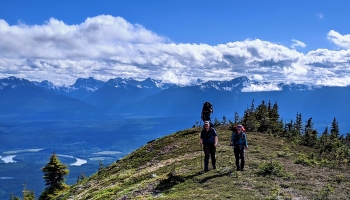 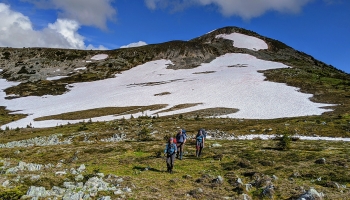 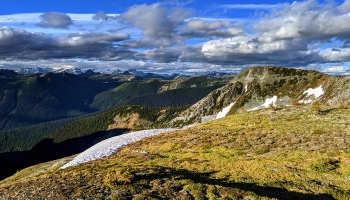 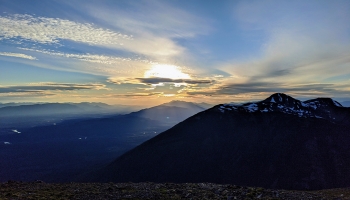 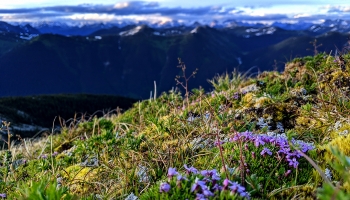 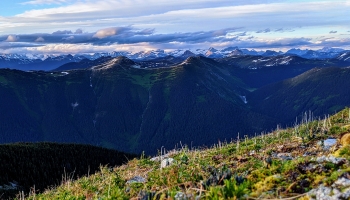 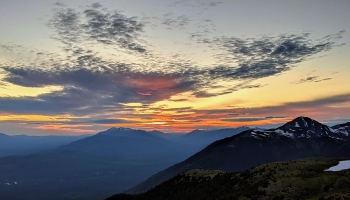 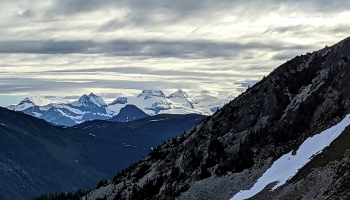 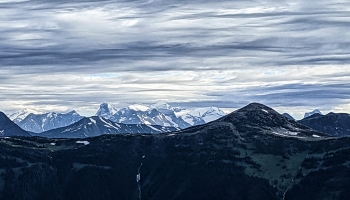 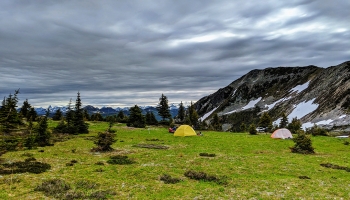 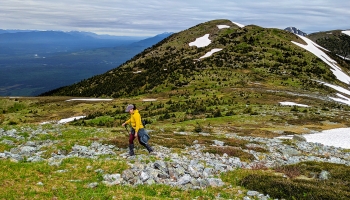 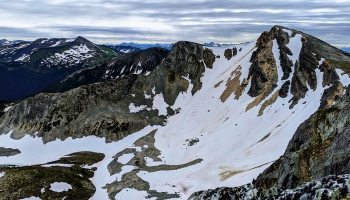 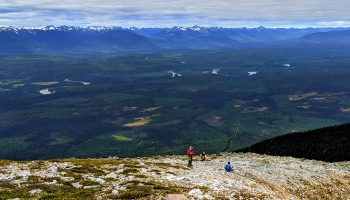 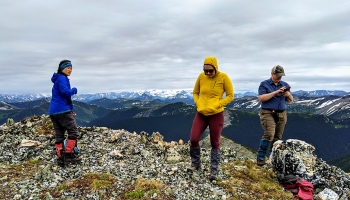 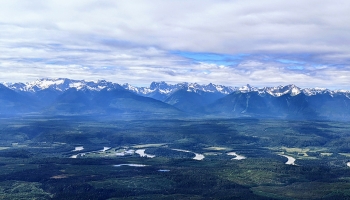 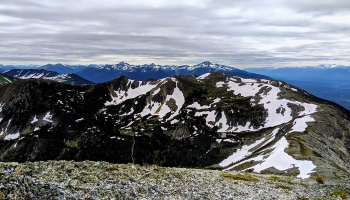 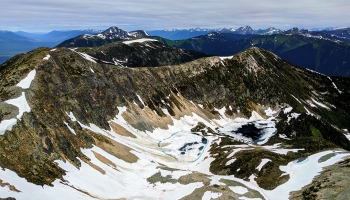 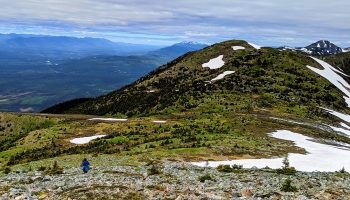 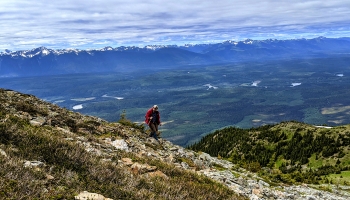 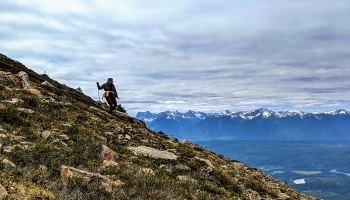 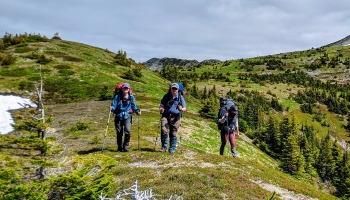 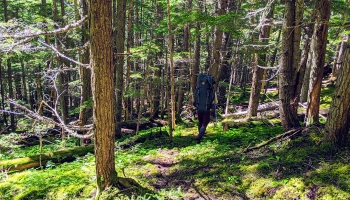 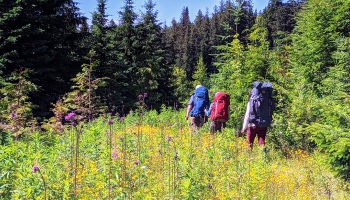 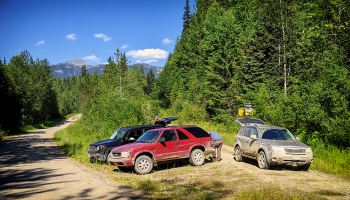