A nice day, notwithstanding overcast weather; the rain held off and our small group of three enjoyed a 4.5 hour walk partway down the west boundary creek and then back over the plateau with its kilometres of large, ancient western red cedar and Douglas fir trees.

We didn’t go all the way down to Slim Creek on the park’s the north and east boundaries on this trip as the snow was nearing an isothermal state with the warm temperatures, causing us to break through even on snowshoes. One person had a snowshoe binding fail, necessitating a field repair. This was a good reminder to carry repair materials such as para cord and/or zip ties, especially on off-trail snowshoe trips, as it would have been a tough hike out otherwise.

The snow bridges were still intact along the creek, while mud marks high on the snowbanks indicated high water during one of the recent warm spells. Late March is a bit late for a snowshoe trip to Slim Park; a better time is February to early March, after a deep snowpack has accumulated and a good base established with 10 or 20 centimetres of powder on top. On a sunny day, there are many open glades to be enjoyed, plus the three-kilometre west boundary creek catches the morning sun down its entire length if you time it right.

The ancient forests in Slim Creek Provincial Park are on a par with those in the Ancient Forest / Chun T’oh Whudajut Provincial Park on the other side of the highway; nicer in some ways as the trees generally stand taller and straighter on the flatter ground.

There are no trails or markers within the park and this, along with tantalizing glimpses of the surrounding mountains on both sides of the Rocky Mountain Trench, is its main allure: it’s a completely undisturbed area that was once considered as a candidate for an ecological reserve.

Bushwhacking and navigation skills are a prerequisite to safely and enjoyably exploring the park; but from a safety perspective it’s worth noting that there is cell phone reception in parts of the park as well as along the Ancient Forest Boardwalk Trails a mere 2.2 kilometres west down the highway. Apparently, there’s a cell source down below in the Fraser River Valley, which is unusual along much of Highway 16 East. For navigation within the park, a GPS is helpful in order to locate the many specific features such as ponds, glades and individual trees. However, the dense canopy can interfere with GPS signals and some circumspection is in order. On this recent trek, my cell phone GPS quit after only a few hundred metres; and while my Garmin GPS consistently gave accurate distances to previously established targets, its direction arrow was unreliable. So we used a combination of GPS and compass.

On a sunny day it’s a lot easier to maintain a course once direction has been established; otherwise, the dense forest, complex topography and twisting gullies will quickly pull you off course as dead reckoning is generally infeasible. If all else fails, following a compass heading of either magnetic or true south will take you directly out to the highway with a one to two kilometre bushwhack. As discussed above, late winter is the best time to explore the park as the snowpack affords relatively easy travel while at the same time protecting the park’s vegetation and other natural attributes. 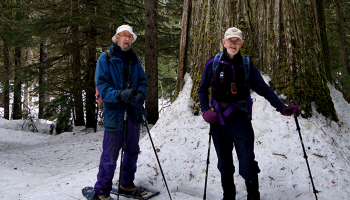 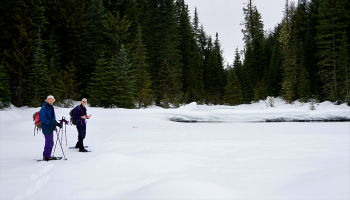 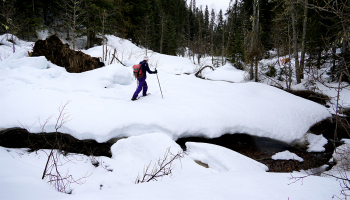 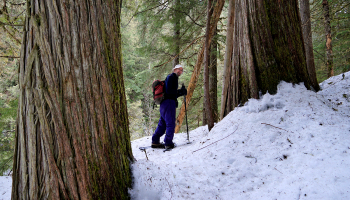 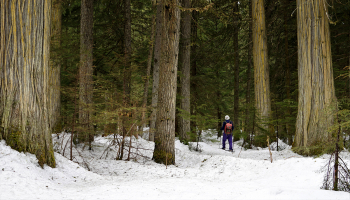 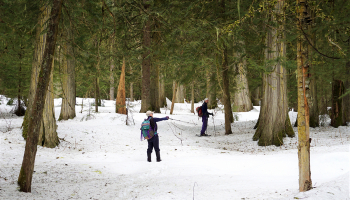 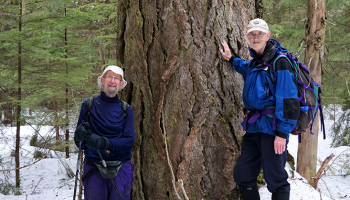 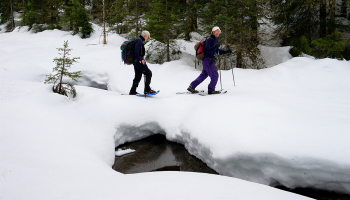 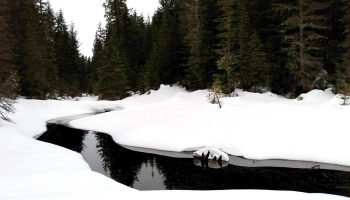 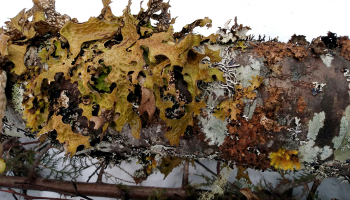 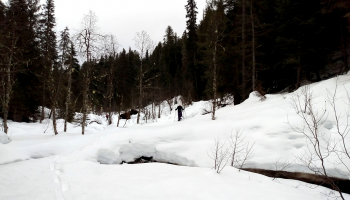 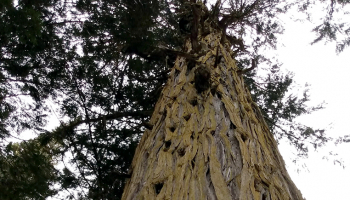 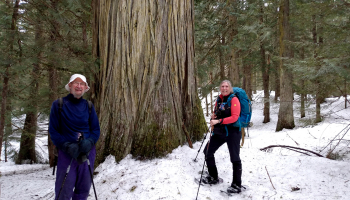 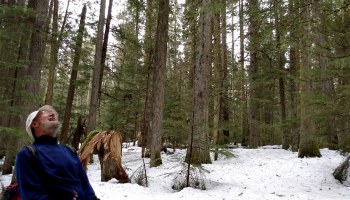 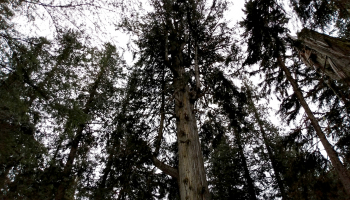 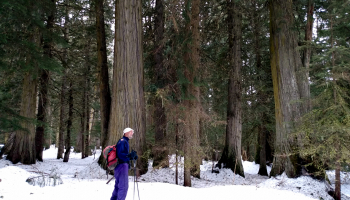 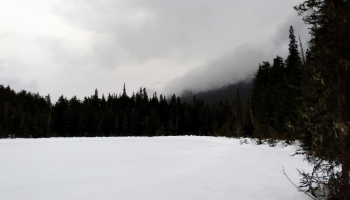