As many as a 13 people had expressed interest in spending the Canada Day long weekend hiking around Tumbler Ridge but due to a variety of circumstances, the party was reduced to five by the date of departure from Prince George.

Moreover, because of club rules that limit dogs only to hikes designated dog-friendly, the group was further split into a party of three and a party of two, plus the pooch., That actually worked out well because Sherry, Mackenzie and Mackenzie's friendly and well behaved Labrador retriever, Galaxy, were decidedly more youthful and agile than Mark, Darlene and Marie.

Also, we ended up going to the same destinations, just on different days, while still sharing the same site at the Lions Flatbed Creek campground when we were done for the day. Sherry and Mackenzie provided some valuable advice from their forays and, I hope, we provided some helpful advise from our forays too.

There was rain on the drive out on the Friday, but once at our destination the weather was very good for hiking. Not too hot and with enough wind to keep the bugs away for the most part.

Upon arrival on the Friday, we immediately went to check out the dinosaur tracks at Flatbed Creek. They're getting a little worn due to the parade of tourists since they were discovered some 20 years ago, but it was still a thrill to see footprints left behind by creatures that roamed the area so long ago.

On Saturday, Mark, Marie and Darlene went to Bergeron Falls. Out of concern we might not be able to cross the creek at the Murray River, we took the high route to get there, and scoured the handful of diversions along the way. Due to the now melting snowpack, Bergeron was even more spectacular than usual while getting there meant fording through some fast but ankle-deep water. We ended up with wet boots but it was so worth it. It also turned out that thanks to some fallen trees, we were able to cross the creek once back out of Bergeron and out our way back tot he trailhead.

We set an ambling pace, stopping often to get pictures and just take in all that was around us. Plus we ended the day with a venture out to Bergeron Cliffs  Consequently, we had started out shortly after 9 a.m. and were back at the vehicles by shortly after 6 p.m.

We drove home on the Sunday night which was probably a good decision. Although the hikes are fairly short in terms of kilometres, they were still plenty of work with plenty of up and down. How much energy we would have had left for anything more on the Monday would have been questionable - but we do want to go back again. The area is surprisingly spectacular. 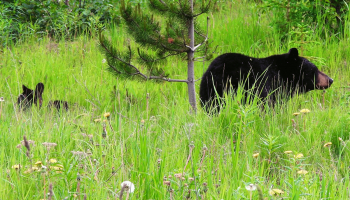 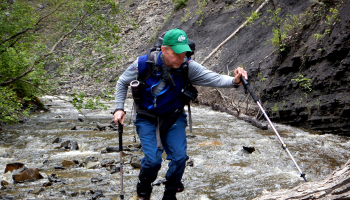 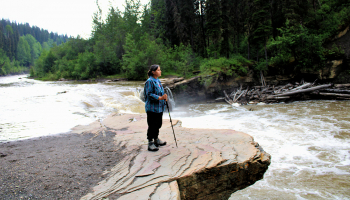 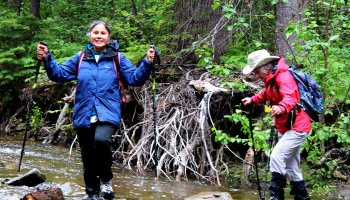 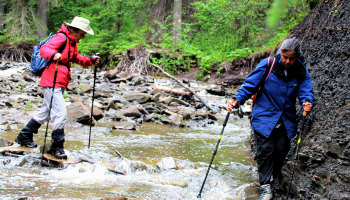 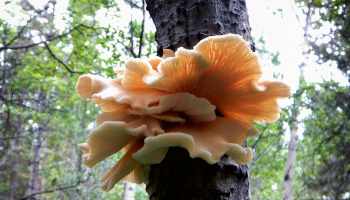 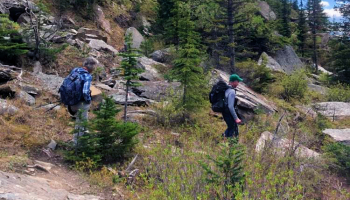 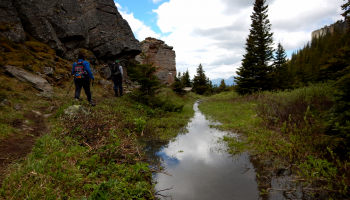 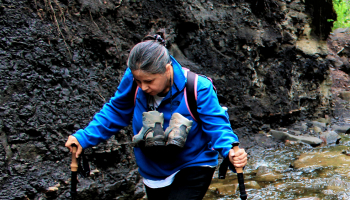