This hike drew 19 Club members and all but one made it to the radio tower at the summit, making this a very successful trip. The group split into two with trip leader Mark Nielsen "leading from behind" and co-leader Elizabeth Dabels leading the faster group up the trail.

The cedar and hemlock forest at the bottom remains as stunning as ever while the trail itself, although steep, was in generally good condition with just a handful of muddy spots. The meadow, in turn, was unusually dry. The group stopped and gathered at the lake for lunch, where a couple members were greeted by a curious butterfly, and then made the final push up to the summit.

Unfortunately, what appeared to be smoke from the wildfire in Jasper created a haze impaired the views across the valley. However, the sky was generally without cloud and the temperature cool enough to prevent overheating as long as you stayed hydrated. At the top, some of us puzzled over what appeared to be some brush and tree clearing around and near the radio tower, likely carried out by BC Parks but for what purpose we were not sure.

As mentioned one person was unable to make it to the top. This was due to an unexpected medical issue. However, they were still able to make it down to the vehicles safely. In contrast, another hiker made it to the top and back down despite the tread on one of their boots detaching.

The only other incident of note occurred when trip leader Mark Nielsen accidentally activated his bear spray, stationed in a holster attached to the hip belt of his pack, when he sat down while negotiating a rocky section. Fortunately, it only sprayed an upper portion of his pants although he did get a sense of how potent the spray can be. For the rest of the walk down, he put up with a notable burning sensation as the spray soaked into his pants as well as some minor irritation to a hand and his face from some of the residual spray. 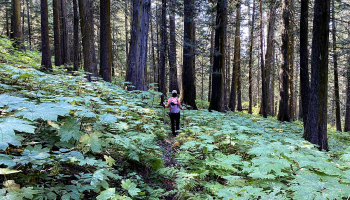 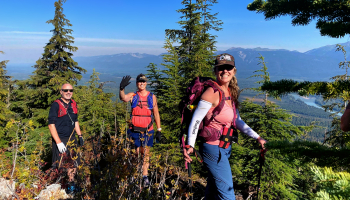 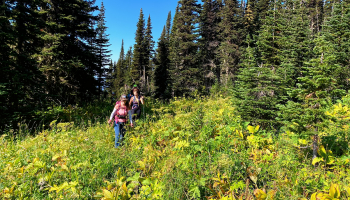 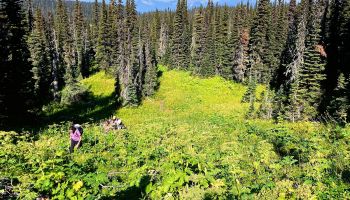 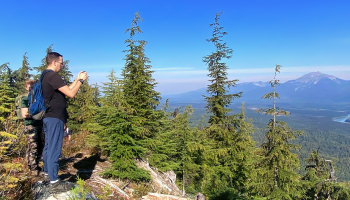 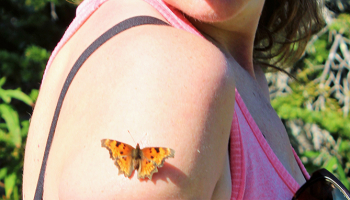 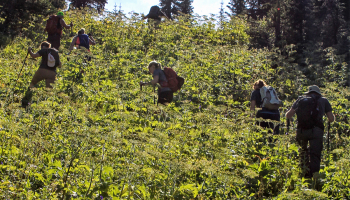 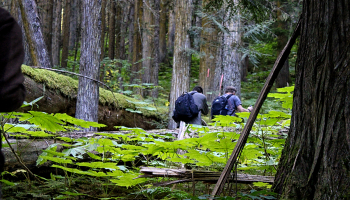